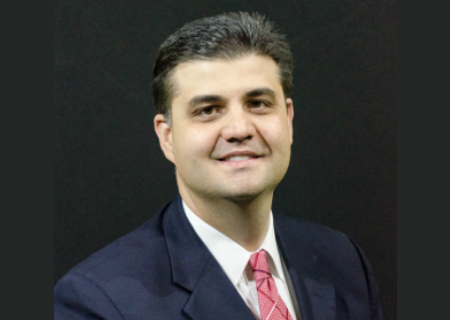 Dr. Sebastian Văduva, MBA is a successful Romanian-American professor, entrepreneur, consultant and corporate trainer with extensive international experience in business and IT in both U.S. and Romanian companies.

Having immigrated to the US in 1989, he started his first business at age 17 and several others after that. Upon returning to Romania in 2004 he continued a series of educational startups, most notably the Informal School of IT.

After completing his undergraduate studies with a marketing degree, he obtained an MBA from the Weatherhead School of Management at CWRU at the height of the dot.com boom and bust, experiencing the ups and downs of the technology wave. In 1999 he became one of the youngest international business and marketing instructors at the University of Akron and in 2001, the director of The Center for Organizational Development within the same university. At the same time he was co-directing a sizable US State Department grant under which he pursued a doctoral degree at the Academy of Economic Studies in Bucharest in the area of comparative entrepreneurial systems and mentalities. His second Phd was obtained from the National University of Political Studies and Public Administration of Bucharest in the area of entrepreneurial public management.

In 2004 he was recruited by the Fulbright commission as an international MBA program director and in 2005 became the Dean of the Griffiths School of Management and IT within Emanuel University of Oradea. He is currently on the teaching staff of UBB Cluj – The Master in Informatics and Concordia University of Texas.

As the managing director of Advanced Solutions, Sebastian has delivered over 8.000 hrs. of corporate executive education in the areas of leadership, entrepreneurial and intrapreneurial mentality, communication and presentation, sales and marketing, customer orientation, team management and motivation, etc. His work has been predominantly in the Romanian IT sector, where he continues to train, mentor and coach numerous companies in the broad area of talent development.

All sessions by SEBASTIAN VADUVA