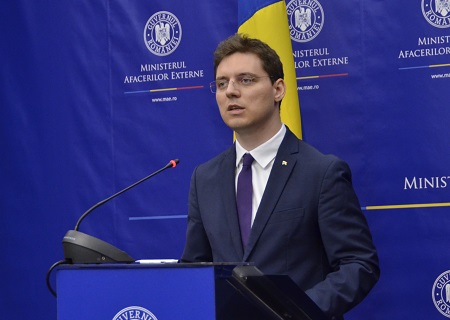 Minister Delegate for European Affairs, Victor Negrescu, was born on 17 August 1985, in Bucharest.

Victor Negrescu was also the youngest Romanian MEP to get ever elected in the European Parliament and he is the youngest ever Vice-president of the Social Democratic Party of Romania (PSD). President of PES activists Romania, an organization gathering more than 10.000 members interested in European issues and politics, he is also a university professor and former digital entrepreneur with an MBA in executive business and a PhD in Development cooperation.

He started his professional career as a journalist at Radio France Internationale, collaborating in parallel with the prestigious magazines Le Monde diplomatique and Regard. Victor Negrescu is also the founder of the Romanian Foundation for a Democratic Left, gathering respected left wing Romanian intellectuals of the new wave.

All sessions by VICTOR NEGRESCU